Koichi Kawai was born in Hamamatsu, Japan in 1886. In 1900, Torakusu Yamaha was struggling alone to build upright pianos. One day, he was surprised to see a neighbor's son riding by on a pedal-driven cart, the first ever to travel the roads of Hamamatsu, Japan. Yamaha was so impressed when he learned that the boy had designed and built the cart by himself that he invited the young man to be his apprentice. The next day, the invitation was accepted and the young man, Koichi Kawai, the son of a wagon maker, would start to work on his first piano.

A talented inventor, Koichi Kawai was the first to design and build a piano action in Japan. He held many patents for his inventions and designs. During the 1920s, the Japanese piano industry began to falter. The company that employed Koichi was struggling and new management had taken control from Torakusu Yamaha who had died in 1916. It was then that Koichi Kawai, confident that the pursuit of excellence would always bring opportunity, decided to build a dream of his own. 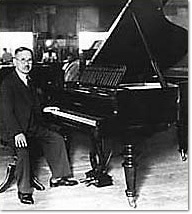 In 1927, Koichi founded the Kawai Musical Instrument Research Laboratory in Hamamatsu, Japan, employing seven other kindred individuals. As a fledgling company, the only thing that supported them was their passion for music and desire to produce superior pianos. Koichi's fundamental principles were centered around quality, music appreciation and the quest for excellence. The early years provided many diverse challenges – the shortage of qualified craftsmen, the continual scarcity of quality materials, and an underdeveloped network of dealers for reaching potential customers. Yet, the determined company prospered. By the early fifties. Kawai had grown to over 500 people producing over 1500 pianos per year – and Koichi Kawai had received the prestigious "Blue Ribbon Medal" from the Emperor of Japan, becoming the first person in the musical instrument industry to receive such an honor. 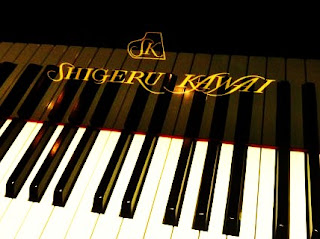 Koichi Kawai died in 1955. His son, Shigeru, took over and developed the company further. In 1989, the presidency of the company was passed to Shigeru's son, Hirotaka Kawai the actual President. Today, 85 years after the founding of the company by Koichi, Kawai is one of the largest piano manufacturers in the world.